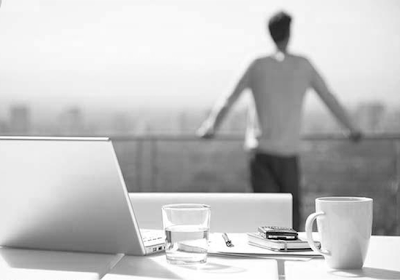 "I cannot pretend to be happy. This is not the life I wanted. I don't look forward to a promising tomorrow. I have become a victim bound to be perpetuating a social order. A meaningless institution of marriage".

She closed her yes and let his words sink in to the deep subcutaneous layers of her conscience. He was speaking the truth. the truth she feared ever since she entered matrimony.

An elaborate tea, a fleeting glance, a brief and stilted conversation on the expectations. Followed by a detailed match fixing of horoscopes. The matrimony was hence consecrated and she was sealed in.This according to her parents was quite enough to decide whether she chose the right person to live with for a lifetime. This was their idea of a foundation. The foundation for a lifetime commitment.

The wedding was over in all glory but the marriage never began. Days breezed by in a brief courtship licensed and sealed by law. He was free and spirited. A party animal let loose in an urban jungle. She was homely and lived in the quiet crevices of art and literature she had grown up with. His life had shades of electric blue and vibrant purple and she had shades of mundane brown and earthly green and their life together had a deep grey shade.

It was a long tiring day and she heaved a sigh. This had to be dealt with and case closed. The calmness in her face veiled the turbulence that lay within. She set him free. Free and unbound..she watched as he flapped his wings and flew into the distant unknown.

He felt like a brand new penny. A sudden bout of energy fills his insides and he is live like an unfused wire.He smiles for no reason, laughs uncontrollably and never found the world so perfect ever before.He tried not to think of his past, his forced marriage, the new person he had evolved to become. He slipped into an easy tranquil wiping of the memories of his disgusting past.

The sun has set but the rays failed to depart from the sun, they hung loose in the sky drowning him in memories as he stood there, in his balcony.He stared down the 10 floors and felt a sudden gush of giddiness sweep over and had to look away.The greener pastures which allured him once is absent, the vibrant play of colors in life faded and he stared at life, at the nude reality of life.

The youthfulness in him never ceased until he realized his body was not at par with his mind.Days passed in hollow relations and pointless conquests of what seemed to be love. Loneliness cast an eerie shadow over him which he tried to evade by going for long trips across the globe. On a quest to seek, to rediscover which he did not realize that lay within - peace.

She made a courtesy call last evening after what seems like eternity. He tried many a time to get back with her but failed at every attempt. He was cut short at every lead. She had moved on well with life. For the first time, he was jealous; jealous of the man she was with. He was disgusted at himself of not having known what he wanted when the answer was well within his reach. It filled him with guilt to know she destroyed his child out the same day he expressed his intent to be free; she set herself free in every sense a woman could.She was true to her conscious, dangerously independent and enviously sure of herself.

The sun was out and so was the light. Darkness spread all over plunging him to a state of perpetuity where he belonged. The tranquil state of uncertainty and insanity susceptible to defeat in the journey called life!